Welcome to my website! I write murder mysteries and romantic comedies. Here you’ll be able to find out about my books, read extracts and discover how I was inspired to write them.

You can read my novels in any order, although some characters appear in more than one book.

Why Do Fools Fall in Love is set in Bath. A beautiful city, famed for its Roman baths, there is always some kind of filming going on, from costume dramas to detective thrillers. This inspired me to write about Shelby, the reluctant minder to a famous actor.

Smoke Gets in Your Eyes is about Caitlin, a hotelier accused of murdering her husband. I had the idea to write it after joining a gym.

For A Girl’s Best Friend I wanted to create a kind of ‘anti-heroine’ and came up with Danielle, who has been so let down by the people in her life, she feels diamonds are the only thing she can depend on.

Breathless was inspired by my passion for family history. The only thing keeping Lainey in Port Rell is her dream of finding the long lost wreck of the Mary Eliza. But what if an ancient wreck isn’t the only thing waiting to be discovered?

Nemesis, is about Natalie, whose obsession with solving an old, notorious murder might very well be the death of her.

Something Wicked is a novella about Kat, who is so determined not to believe in those things that go bump in the night, she soon finds herself in real danger.

My love of dark fairy tales led me to write about Milla, and her search for the truth about her murdered mother in Trust Me I Lie.

I’ve always wanted to write a story set at Christmas. You Make It Feel Like Christmas is about Beth, who knows she could have the perfect family Christmas–if only it wasn’t for her family!

And finally, What You’re Proposing is a series of romantic comedy short stories, starting with The Indecent Proposal.

You can find more blog posts

The best way to find out when I have a new book coming out, or if I’m running a promotion (free books!!!), is to sign up to my mailing list. I promise I won’t bombard you with emails (seriously, I’m not that organised), I won’t pass your details onto anyone else and any time you wish to unsubscribe just let me know.

I’d love to hear from you!

You can also find me here:

Once More unto the Bookstore (Book Blog)

Television presenter Agatha Holly has made a fortune telling the public how to have the perfect Christmas. Her television show has been screened every December for twenty years and her entire family are involved, including her youngest daughter Beth—the unwilling star of a

In my latest post, I’m talking about my very first ‘writing room’.

thousand memes and gifs. But Beth has finally had enough of public ridicule. All she’s ever wanted is a traditional family Christmas. If she can’t persuade her family to change, should she consider celebrating Christmas without them? 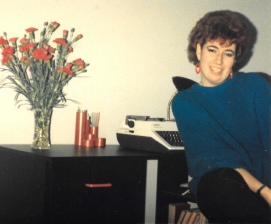