When I am writing a book, several ideas need to collide inside my head to provide the spark of inspiration. The first idea came while walking around the garden of an old house. The garden was very rundown. It had a large pond filled with water lilies and was overshadowed by huge gothic-looking trees, which made it look quite depressing. I made a joke about the scene only needing a dead body to make it complete and then promptly forgot about it.

Around the same time I visited the Tate Gallery in London and saw the very famous painting of Ophelia by John Millais. This painting shows a scene from Shakespeare’s Hamlet, of the unfortunate Ophelia floating down a river and surrounded by flowers.

Another of my favourite artists is Monet, even though I’ve never cared much for water lilies. To me they seem creepy. Their petals are too perfect and they look fake, as though they have been made from plastic.

So there you have it, three ideas collided to create my story - a gloomy pond, masses of sinister water lilies and a beautiful girl floating amongst them.

In my original draft, Natalie was called Jenna and she was 13. She spent a large chunk of the book being 13 but it meant the story was turning into a YA novel, so I had to dump the first 50,000 words. And yes, it was painful. Some of these chapters did make it back into the final book as the flashback sequences.

Alicia also had a much bigger part to play. She had her own backstory and her own mystery to solve, and there was a lot more about her family and the castle they owned. In fact, by the time I’d finished writing Nemesis, I’d probably deleted enough material to have written a second book!

While writing Nemesis I was listening to an album by Little Boots called Hands. One of my favourite tracks is Remedy - this gave me the name for the club where all the students hang out.

The castle and garden in Nemesis is inspired by Penrhyn Castle in Gwynedd, although I substantially remodelled it to fit the plot of my story!

Natalie has Swedish ancestry and she mentions an estranged aunt who lives in Port Rell. This is Hilly from my previous book, Breathless, which make Natalie and Selma first cousins.

The Distraction of Silence

about the music I listened to 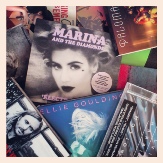