Five stories, one band, one whole heap of trouble …

What You’re Proposing is a series of novellas about a rock band. Each story is complete (no cliffhangers!) and with a different set of characters. They can be read in any order, but if you do want to read them in order, they’re helpfully numbered!

They are definitely 100% romantic comedy!

When Megan sees a photo of her rock star boyfriend Ryan with another girl, she dumps him and heads off to Sorrento on holiday. Unfortunately Ryan’s had exactly the same idea …

You can currently download The Indecent Proposal, from Smashwords for free, or read it on Wattpad. You can also download it from  ebook retailers, such as Amazon UK, Amazon USA, Kobo and iTunes, although I can't guarantee it will be free on all sites, as it is up to each company to decide how much they will charge.

(A shorter version of this story appeared in the anthology Sunlounger)

Luca has walked out on the band in the middle of their American tour and headed off to New Orleans. Disgraced gossip columnist Gaby is determined to find out why, while her sister Pris is equally determined to have the best holiday ever. 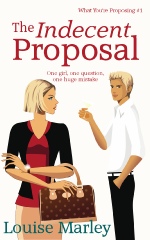 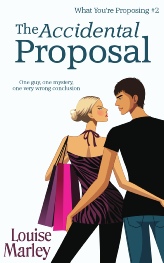 In Search of the Imperfect Hero

A post about how flawed heroes are the most interesting! 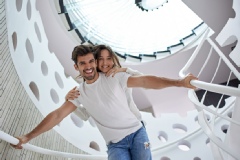